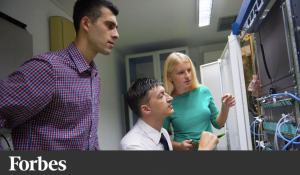 This piece was coauthored with Shea Gopaul, Executive Officer at the Global Apprenticeship Network (GAN).

With an estimated 200 million people globally out of work and 40% of the world’s people either underemployed or in vulnerable forms of employment unemployment remains a critical policy challenge Governments globally need to solve.

However, in reading publications like FORBES one hears corporates spanning the globe frustrated that they have job openings, yet they lack the skilled people required to fill them.

Why do companies struggle to find the right talent, despite the fact that we have never been better educated as a society? It all points to a major mismatch between the skills our students are being taught and their elevance to the employment market. Something fundamentally does not, and is not working in the way we educate and train our young people to get them into the workforce.

Getting America back to work and repairing the “rust belt” are key themes of President Donald Trump’s administration, which promises 25 million new jobs, signalling this issue as one of its top priorities.

Parents have always sought to guide their children’s career paths, but as the pace of change and the nature of work perennially evolves and quickens, the question of whether or not a child’s chosen subjects of study will translate to a job can be answered with hope but not certainty. In today’s world of automation and global supply chains, education and employment no longer take on linear paths – jobs can quickly change and so do their requirements.