Published by Auto Apprenticeships on March 21, 2013 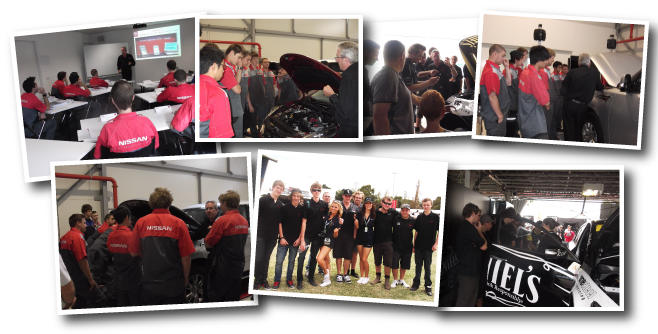 An eventful week for our NISSMAP Apprentices in Training. They spent most of the week receiving specialised training in all things Nissan at the Nissan Learning Academy and were treated to a day touring the 2013 Melbourne Grand Prix on Friday.

During the tour the Apprentice Technicians had the chance to watch the V8 Supercars race, received a guided tour of the Nissan Motorsport Garage and experience their awesome power upclose. Next was the opportunity to try out the Infinity Dyno, where some keen young drivers managed to break the 200kph mark. Though the highlight for most was watching the F1 cars practice sessions as well as the chance to meet a few Grid Girls.