For Ken, Hands-on Learning is Even Better than Uni #Apprenticeship #skills 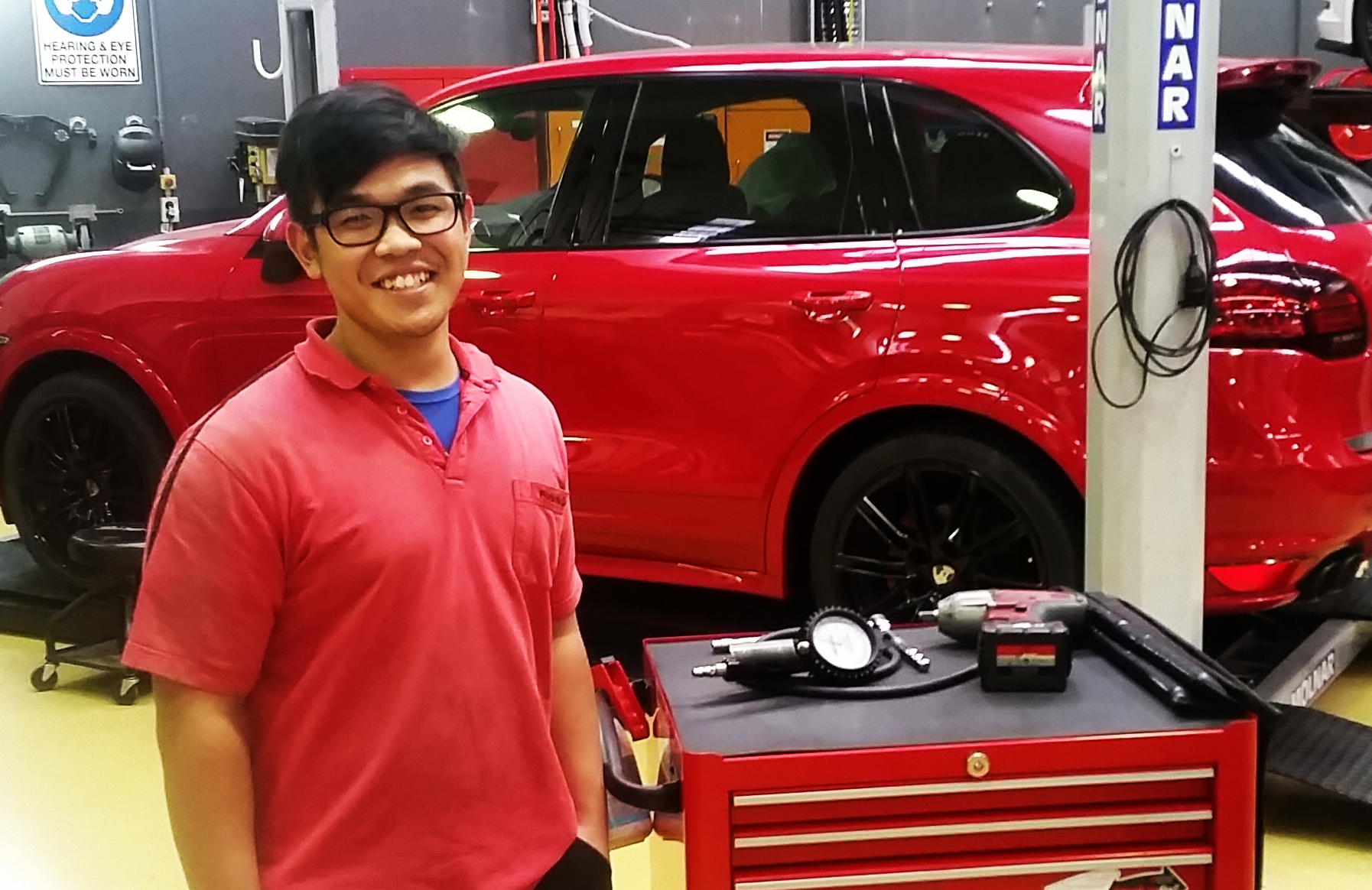 When Ken Hoang finished high school, he started a university degree in mechanical engineering. To Ken’s parents, it made sense that university was the best path to a successful career. But for Ken, uni didn’t feel quite right.
Two years into his program, Ken was ready for something more hands-on. He decided to leave the classroom and chase a passion instead. He pursued and quickly landed an apprenticeship at Porsche, Sydney.
“I had always enjoyed working on my own car, just doing basic servicing, but I wanted to learn more.” Ken liked the idea of learning by doing, rather than seated behind a desk in a classroom.
Once he had made up his mind to find an apprenticeship, Ken said the whole process took only three or four days. Ken’s parents were hesitant at first, believing that university was a more sure-fire path to success.
“But now that they see how happy I am in the apprenticeship, they are completely supportive,” Ken said.
“While I was at uni, I was also working at a telemarketing company,” Ken said. “Now I’m earning about the same amount of money, but I’m doing it while I’m studying. The difference is, the apprenticeship is much more exciting. I jump straight on tools when I get to work. I love learning on the job and building confidence in my abilities day by day.”
Ken enthusiastically recommends apprenticeship to anyone who wants to jump into doing what they’re passionate about. “It’s a good option—even better than university. I see a lot of potential in my career now. I’m enjoying the job, and looking forward to the future.”