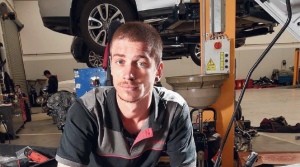 Westmeadows’ Robbie Vidotto is one of 150 automotive technicians-intraining who have been employed through an award winning apprenticeship project. The Nissan Mentored Mentorship Program is a partnership between the WPC Group and Nissan Australia.

Last month the program won the Australian Apprenticeships Employer Award category at the Australian Training Awards. Through the mentorship, 150 apprentices have been employed – including Mr Vidotto at Mantello Nissan in Roxburgh Park. Other partners in the program include TAFE and the Skilling Australia Foundation.
Mr Vidotto participated in Citi New Recruits before becoming a full-time apprentice with Nissan. 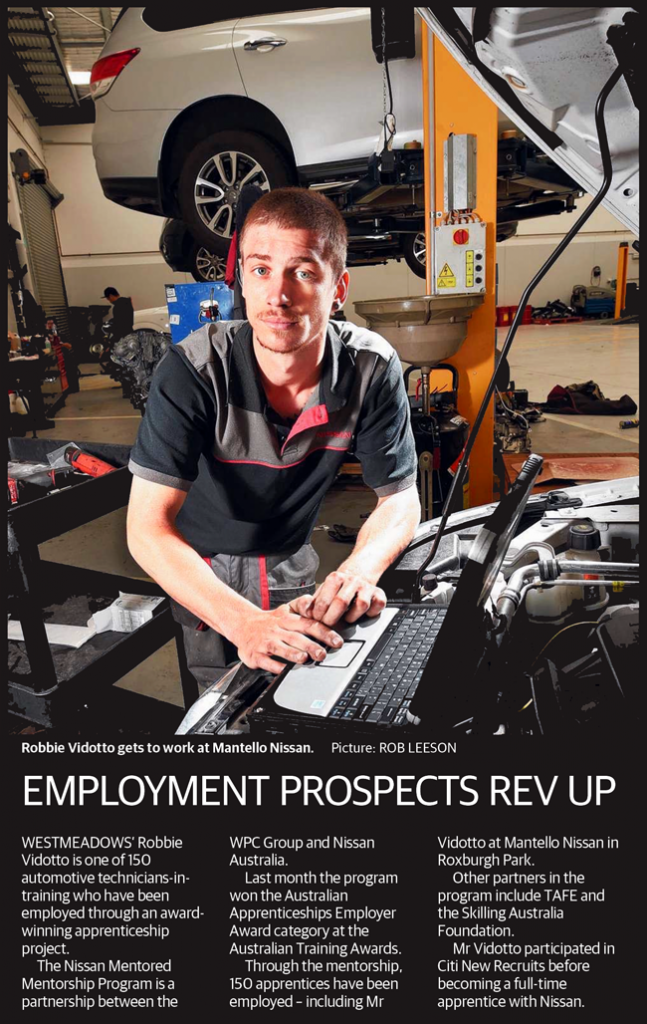