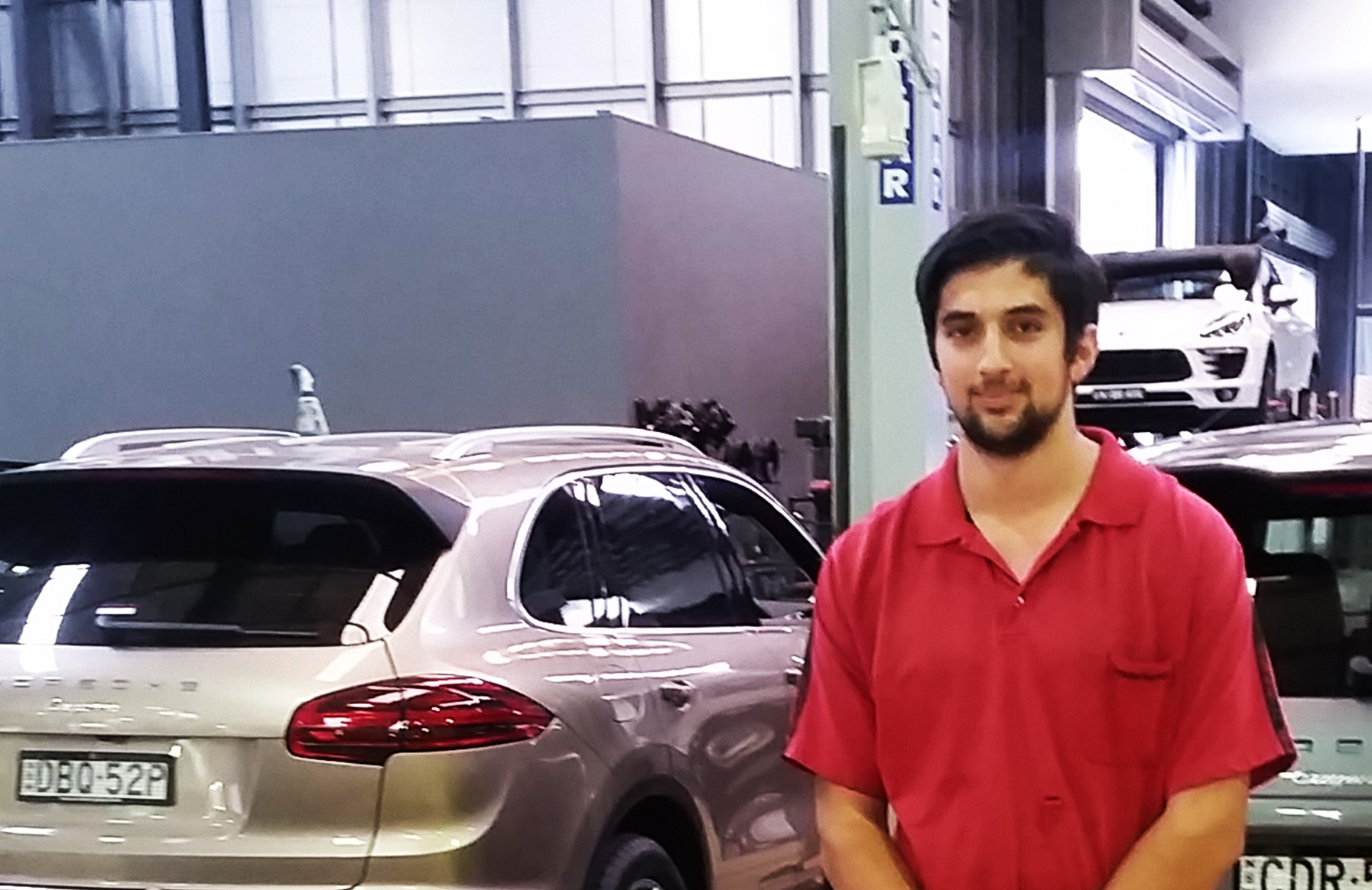 Emanuel Mangos was in his second year at university studying for an engineering degree when he decided to switch paths. His parents were a little surprised at first when he announced that he wanted to pursue an automotive apprenticeship at Porsche Centre Sydney South.
Emanuel has always loved working on cars, which he often did with his dad on weekends. He has fond memories of rebuilding a “small block 350 chev in his dad’s boat”
For Emanuel, the fascination with automobiles was more than a weekend hobby. It was something he wanted to do all the time.
“When the opportunity arose to go to uni, it looked like the better path at the time,” Emanuel said. But once there, Emanuel realized he wasn’t following his true passion. Even thought the career change was surprising at first, Emanuel’s parents have been supportive of his decision.
“With the automotive apprenticeship at Porsche, the hours are long but it’s worth it,” said Emanuel. “I’m learning how to be proactive and have a can-do attitude, and also how to work with a sense of urgency.”
The hands-on nature of the work means Emanuel is learning new skills and honing them every day, all while working in a field his is passionate about and meeting new people.
“Now that I’ve started the apprenticeship, I feel a big sense of potential, both here with Porsche and for the future in general.”
Emanuel’s advice to anyone choosing a career or considering an apprenticeship is simple and sound: “Choose something you enjoy.”